Digital Projection have released four new projectors worldwide, and you will be able to find out more about their release in Australia and New Zealand later this year at Integrate 2018.

The TITAN laser 37000 projector features 37,000 Lumens and is an impressively bright and powerful laser projector, ideal for the most demanding large-venue applications when bright, pin sharp images are required.

The compact chassis houses the most advanced optical engine, which uses liquid cooling with radiators to remove energy to the outside environment. Its optical system – from the laser light source up to the lens – is completely sealed and rated at IP60. This provides a near maintenance free solution by ensuring light output and colour performance will not degrade due to the ingress of dust.

The system is also liquid-cooled via a radiator heat exchanger to create a filter-free projector, providing virtually non-existent cost of ownership.

Structured within Digital Projection’s 1-Chip range of DLP laser projectors, the new ColorBoost + Red Laser technology delivers the most accurate colour reproduction, bringing performance ever closer to that of a 3-Chip DLP projector.

The use of red lasers, coupled with a specially-designed colour wheel, assure no loss of brightness and enables the projector to produce more vivid, saturated and life-like images than has previously been possible. The resulting colour gamut guarantees the projector will achieve at least the REC709 standard.

M-Vision Laser 21000 WU features an unprecedented 20,000 lumens output and a 10,000:1 contrast ratio, to provide budget-sensitive applications a large-screen imaging solution and near 3-Chip performance at a 1-Chip price point.

Venues in need of a powerful yet budget-conscious large-format imagery solution without sacrificing on colour accuracy, as well as those contending with ambient light, will benefit from the M-Vision 21000’s class leading light output, contrast ratio and colourimetry.

Its DisplayPort accepts frame rates up to 60 Hz and HDMI 1.4b for Side by Side, Frame Packing and Top Bottom 3D formats. Motorised shift, zoom and focus across the whole lens range offers extra flexibility and ease of setup.

The E-Vision Laser 13000 features HDMI 1.4b, Display Port and HDBaseT connectivity, while accepting both commercial and domestic 3D signals. Projector automation is controlled centrally via a PC based application as well as edge blending and geometry correction. 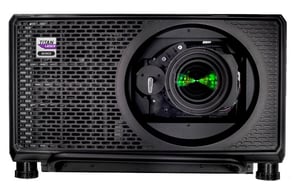 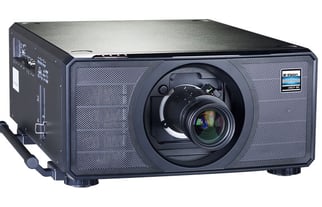 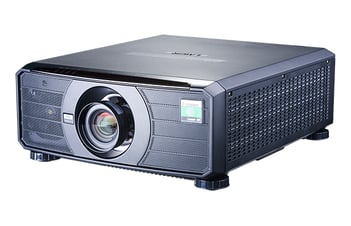 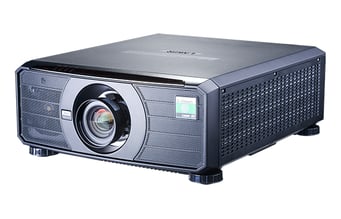 To speak to someone from our Digital Projection team, click here.