The Royal Edinburgh Military Tattoo has been putting on a breathtaking show of music and fireworks at Edinburgh Castle for nearly 70 years. In later years, DPA Microphones have played an integral role in recording and delivering clean and crisp audio for the show, including the most recent in 2018. Sound designer Sebastian Frost has been lucky enough to work on the event for 23 years and deployed the d:vote™ 4099 Instrument Microphones, d:screet™ 4061 Miniature Microphones and d:fine™ 4066 Headset Microphones incorporating the new CORE by DPA amplifier technology. A staggering 110 microphones were used through the duration of the show in a number of different ways, including a Malawian choir.

“My main task is to amplify lots of different elements and not just the musicians,” Sebastian Frost says. “It's all about time-management and making sure that all the sounds produced by the various performers in different locations (marching, choir stage, moat stage, castle ramparts) arrive at each audience member's ears at the correct time. Getting all those performers to play at the same time, even though they can be 100 meters apart, is complex. There are up to 1300 performers taking part in the Tattoo, and we need to mic up a few hundred of them at various points in the show." 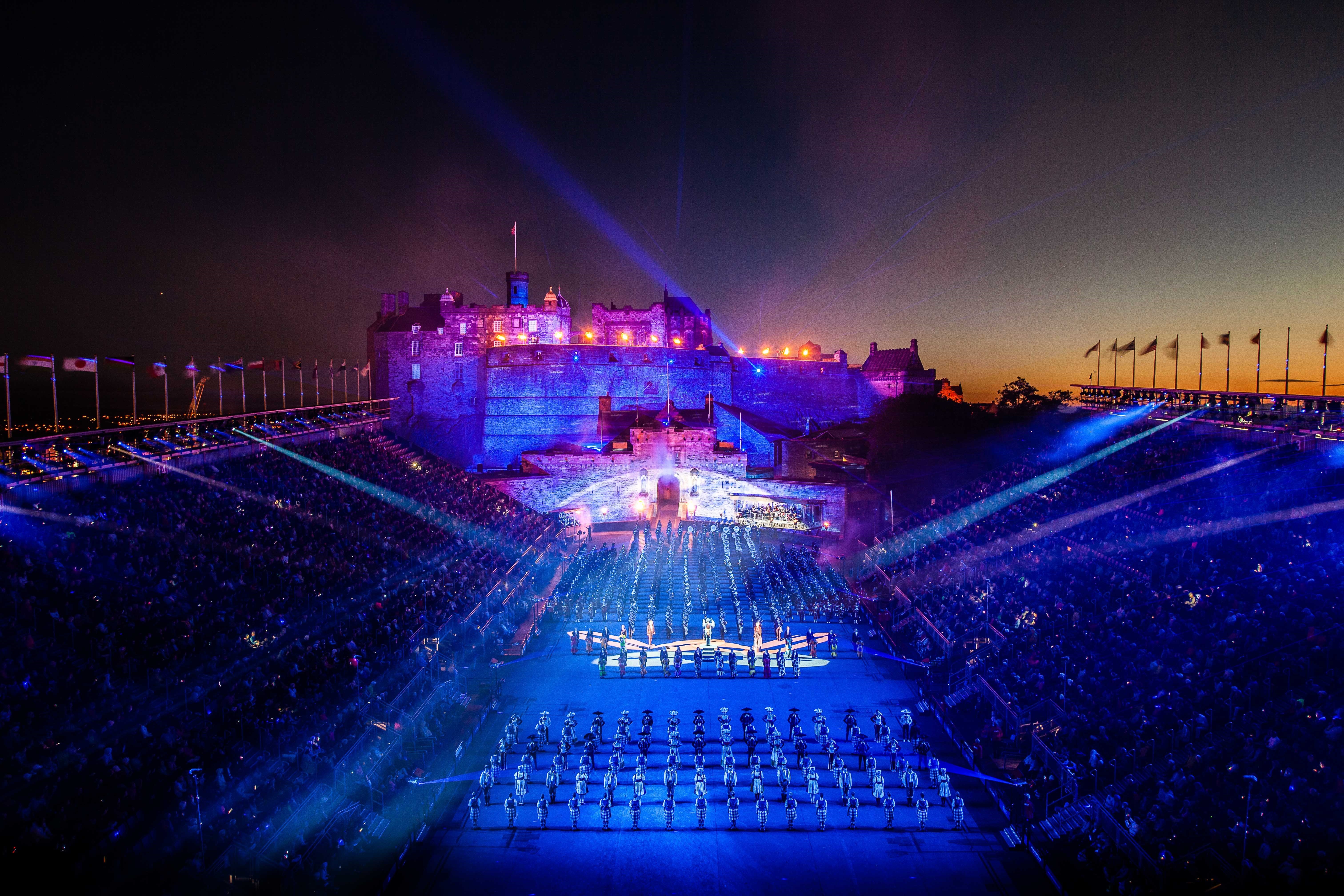 Particularly in the event of unpredictable weather, Frost doesn’t think twice about specifying the company’s products.

“Continuity of sound and durability are my main reasons for choosing DPA,” he explains. “I've used DPA mics for a very long time and was, in fact, the first sound designer to use the d:fine 4065 Headset Microphones in the West End. On a recent show – The Last Ship, featuring music and lyrics by Sting - I used just two DPA models on the entire rig because they gave me predictable, even sound. It worked a treat, so I always try to do that now.”

For the Royal Edinburgh Military Tattoo, Frost used d:vote CORE 4099 Instrument Microphones for all the stringed instruments including a 40-piece fiddle group and 18 piece string orchestra.

“They are perfect for strings and the clips are so easy to use,” he says. “We also have the largest collection of Rycote Fluffies, as it can get pretty windy on the castle ramparts. The bulk of the radio mic capsules are d:screet 4061s, while for the choirs we used d:fine 4066 Headset Microphones, which have long been my first choice as a headset. I used the omnidirectional version because the cardioid mics were too sensitive in the wind, plus I love the open sound of the new d:fine CORE 4066 microphones. All of our mics have to be durable because they get very rough handling in all weather conditions – shows never get cancelled so the mics have to go out regardless of the weather.”

Frost has an extensive repertoire of working in uncompromising environments. Throughout his long career he has designed more than 500 live productions for comedy, awards, ceremonies and global product launches. He’s worked on Olivier-Award-winning Broadway productions, the opera and various other musicals and theatre productions. In 2008, he received the first Best Sound Design for a Musical Tony Award nomination for Sunday in The Park With George.

“Overall, the advantage of using DPA microphones on a production like the Royal Edinburgh Military Tattoo is continuity of sound,” he explains. “Having the same brand of microphone makes it much easier to get an even sound across so many different applications and this makes it much easier to mix. The microphones are also very easy to deal with, which is important because we have up to 500 pack swaps during the course of the show, and that is tough!”

Sebastian will be working on new projects in Macau and preparing for The Last Ship’s move to Toronto in 2019.