The state of the art System T by Solid State Logic has been installed at the renowned The Hospital Club Studios in London UK. The project for the broadcast audio production facility was undertaken by EB Broadcast.

The Hospital Club is both unique and versatile. A TV and music studio, private members’ club, bar, restaurant, hotel, gallery, event space and live music venue, it was created in 2004 with the idea of being multi-purposeful and progressive. It’s founders Paul Allen (co-founder of Microsoft) and Dave Stewart (Eurythmics) wanted to leverage its uniqueness in the hope of attracting a diverse set of talent from all corner of the creative content multiverse.

Since the facility came to fruition, The Hospital Club facility has built a strong reputation, hosting some of the most important London content from recorded TV to music and entertainment. Occupying the two basement levels, the ‘black-box’ studio has plenty of lift access from the drive-through loading bay two floors above. The sound control room is on the same floor, with the production gallery on the one above, on the first basement level. Once another audio control room next to the gallery, now is a new flexible gallery ‘annex’ that can be used in whatever way it’s needed during production. 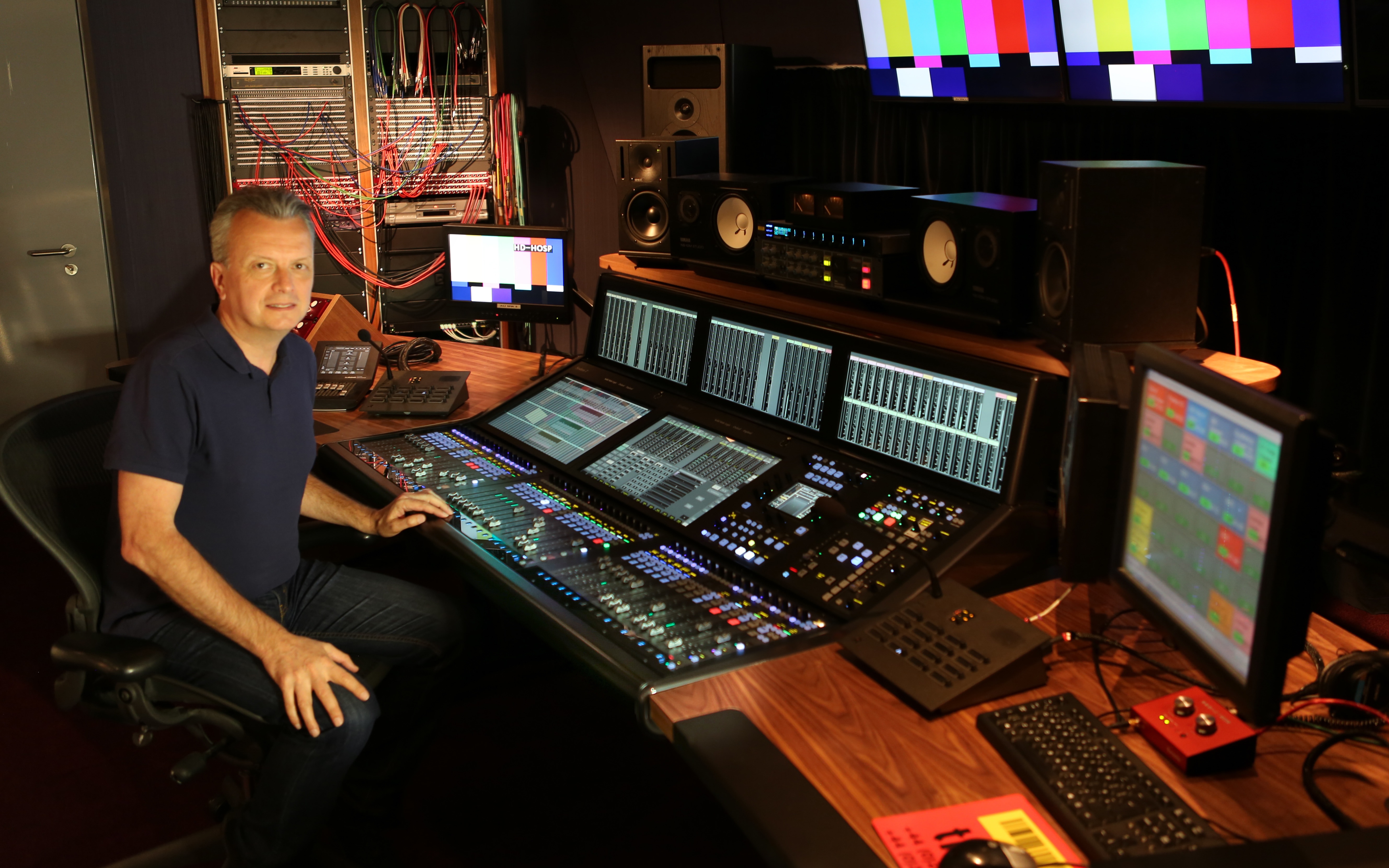 The luxurious sound control room gives the feel of it being a high-end music studio, with racks of classic outboard gear sitting on the wall racks, bespoke furniture and a comfortable seating area at the back of the room. The space is homely and practical but rich at the same time.

The studio’s Sound Supervisor of 14 years, Simon Wall says "The whole facility was designed to be a complete vessel for creative ideas that start in the Club and get realised in the studios but in reality, the studio generates most of its interest from external clients.

“We still do have some creative throughput from the members’ club, but the majority of our work is television programming for commercial production companies and broadcasters" Recent shows include Frankie Boyle's New World Order, John Bishop: In Conversation With.., Richard Osman’s House Of Games, and Vic and Bob’s Big Night Out, with Strictly Come Dancing’s It Takes Two daily live show returning to the studio in the autumn.

Once the decision had been made to upgrade the audio facilities, Simon Wall deliberated for a long time on the best console solution for the studio, but says he was impressed by System T from the beginning "I had a short demo at a trade show and everything was so straightforward - the navigation, the routing... Sitting in front of this and feeling like you can use it is the key thing. Most Sound Supervisors who sit in front of it get a short tutorial, and they're off. If they’re used to another console I can ask how they normally set that up, and simply set it up the same way."

Wall points out one of the best features as being the Layer Manager. It’s usability and simple drag and drop interface is efficient and easy to use. This feature allows for the assignment of path types or ranges of paths to locations across the independent fader tiles without recourse to control applications or interrupting a show on rehearsal. This means users can even create completely new channels, auxes, stems, and masters, without the interruption of audio, and even change the process order within paths in a drag-and-drop interface.

The System T install has a 3-bay, 48-fader S500 control surface and a 16-fader remote fader tile in the sound control room - through the separate fader tile can be moved anywhere on the Network, and be coupled with the T-SOLSA PC control application and touch screen. In the Machine room, there is an SSL Tempest T80 800-path audio engine and a range of SSL Network I/O, including ten A16.D16 units (combination of mic, line, and digital I/O), alongside MADI, SDI and AES interfaces. There are also several movable, flightcased stage racks populated with SSL Network I/O SB 8.8 and SB.32.24 Dante stageboxes. A lot of the racked I/O has been reserved for the wide range of outboard kit in the studio. The facility has plenty of structured cabling to provide for the primary and secondary (redundant) Dante networks that are the main audio transport and routing infrastructure - configurable and controllable directly from the System T console screen.

"It's quite a lot of I/O for many of our shows," says Simon Wall. "It won’t all get used every week, but when we have the big music shows in, it will be ready to go. We do one show, for example, with BBC Persia that has five bands across three stages in the studio, plus a guest chat area"

System Integrator ES Broadcast has been responsible for the installation. "They have been great," notes Wall. "The project is not just a console upgrade, but a combination of other elements as well, so we thought we'd get someone in we knew could handle it and had the expertise to make it happen... They've been fantastic."

Other key System T features for Wall have included the fully-integrated Dialogue Automix facility. Available from any path, the system features eight independent Automix groups, slave mode, and weight control for priority. SSL Automix can be used pre- or post-fade.

"Automix is key these days, “explains Wall. "A lot of shows are completely unscripted. It's great that Automix routing is incorporated into the channel strip rather than in an FX rack or separated off to another unit... It works really well."

Before System T, Hospital Club already had a successful history with SSL consoles, but that was by no means a guarantee of selection this time around... "Support was a key factor in our choice," says Wall. "And the support from SSL over the last 15 years has been excellent... It's also great that System T is being chosen for other key broadcast facilities in the UK - that means freelancers will have more opportunity to become familiar with it and to appreciate it... And of course, it sounds great! It's got the SSL quality.”

To speak to someone from our friendly SSL team, click here.